The People Management is thrilled to announce that we will be hosting a four-day, intensive model camp from July 9-12, 2019. Joining us in Calgary as our guest instructor is world-renowned supermodel, Coco Rocha.

For many current and aspiring Models, this will be a ‘Once in a Lifetime‘ opportunity to be trained by the top super model Coco Rocha and other top industry guests.

The MODEL CAMP has limited availability and will provide exclusive insights into the world of professional modelling.

Coco has appeared on the runway for top designers like Marc Jacobs, Versace, Prada, Louis Vuitton, Chanel, Balenciaga and countless others.
Coco ignited a firestorm in the fashion industry when she opened and closed the Fall 2007 Jean Paul Gaultier show by performing an Irish dance down the runway, an event later dubbed “The Coco Moment” by Vogue’s Anna Wintour.
Across fashion capitals, editors and photographers were quick to notice Rocha’s instinctive ability to capture the essence of the editorial stories she was shooting. As a result she has worked with most leading photographers in the industry including Steven Meisel, Patrick Demarchelier, Mario Testino, Arthur Elgort, Steven Klein, Annie Leibowitz, Peter Lindbergh and many more.
Coco is frequently featured on the covers and pages of top fashion magazines around the world including the many editions of Vogue, Harper’s Bazaar, W, Elle, Allure, L’Officiel, Numero and V as well as magazines like Time and The Sunday Telegraph.
APPLY NOW

A comprehensive camp covering all basis of the industry with incredible guests from the fashion, modelling, and make-up world.

Coco Rocha is known to be one of the most technically proficient and versatile models of the millennium. Learn how to pose from “Queen of Pose” – a nickname given to Coco by Tyra Banks herself.
We will dive deep into the advancement of modelling, leaving you more confident as you start & progress your career.

Priceless Insights To catapult your career

Top fashion stylist seminar on how to arrive to jobs fully prepared and leave making a lasting impression.
Top makeup artist educating you on make-up and skin care techniques.
Tips on how to help build your personal brand by putting you in front of the top industry contributors on social media.
Industry secrets from Coco Rocha and her husband/Manager James Conran. An intimate evening where you can ask any questions you may have. Start thinking of them! 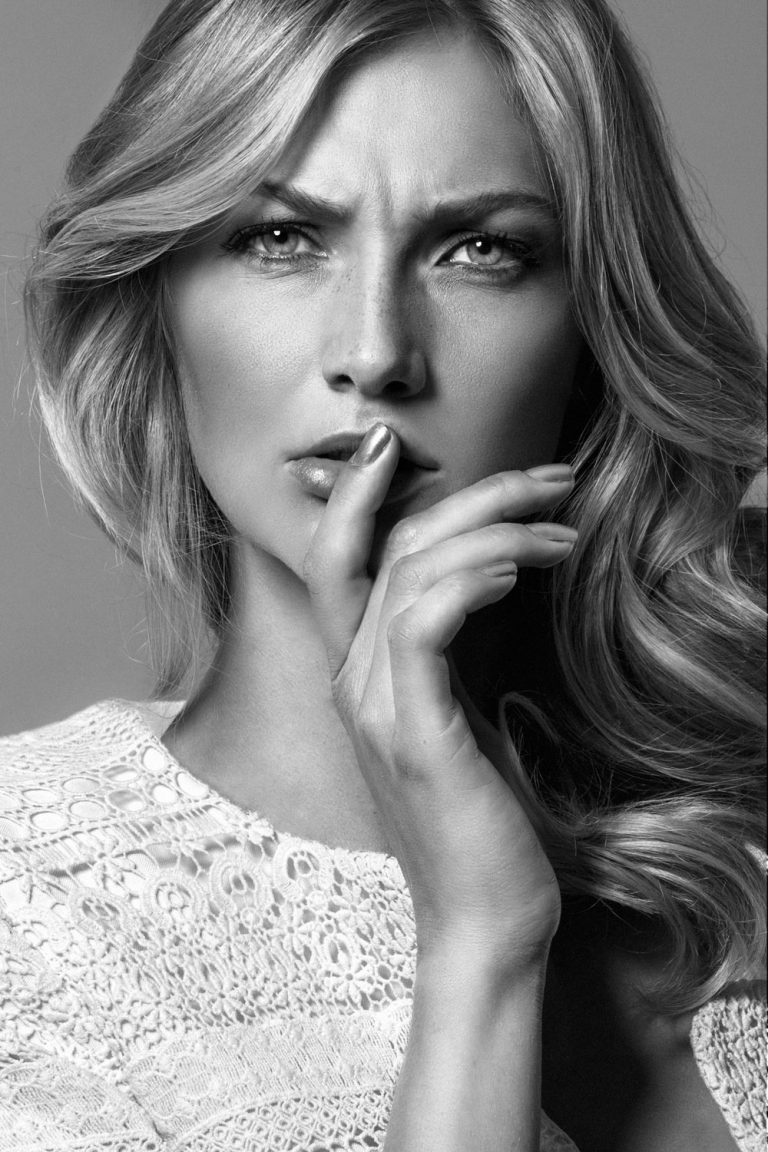 Practice your New Training Live on the Runway

Take what you’ve learned from Coco Rocha and put it on the runway.

Experience the thrill of walking down a catwalk in a live fashion show with Canada’s top retailer, Hudson’s Bay, showcasing summer fashions.

You will work with a team of stylists to select looks for you to showcase on the runway. You will also experience fittings, and the fast-paced pressure behind the scenes of a fashion show.

After two days of hands-on training with Coco, models will have the opportunity to participate in a photo shoot with two top industry photographers.

Working with two different styles of industry photographers, will help you understand how each photographer has their own technique and approach.

Edited images will be provided for model portfolios. 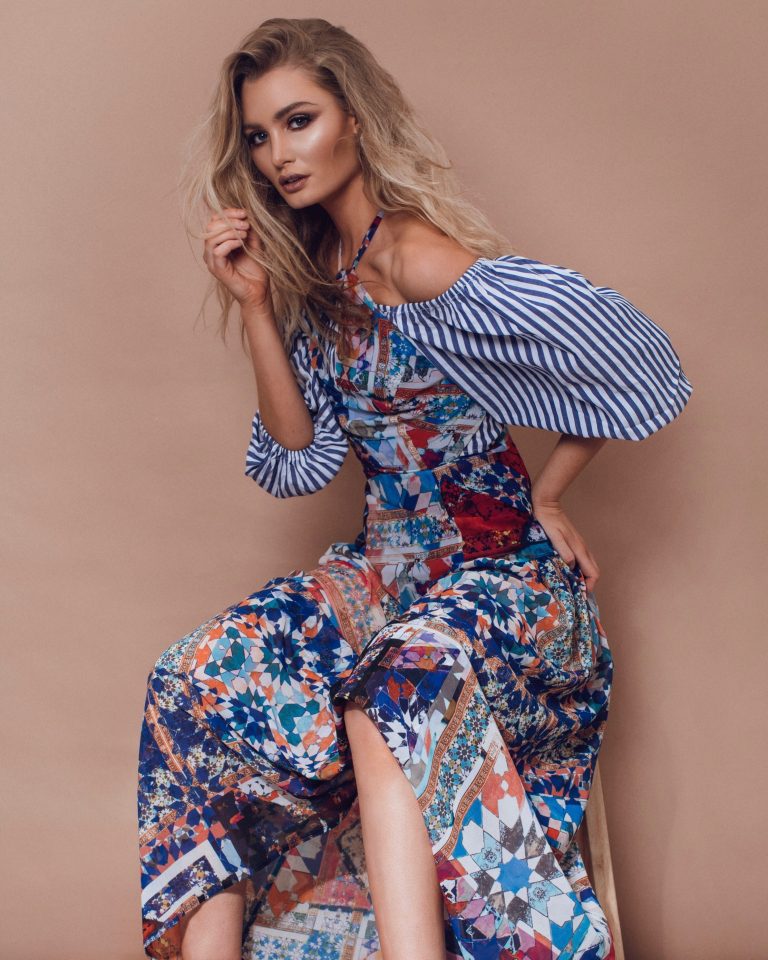 Take Your Career To New Levels

What you Will Learn

Here is a sample of things you will learn at Model Camp:

The business etique In modelling

How to prepare for each job

How to mentally prepare & succeed in the Fashion Industry

This Camp is Taylor made to help further the careers of existing & aspiring Models.

The experience gained is equally beneficial for models starting out in their career as well as those with years of experience.

Become a Better Model in 4 Days

How Model Camp is going to benefit your career:

You will leave with a confident runway walk and be able to offer different walking styles for designers.

How to Pose on Set

You will leave with the confidence of knowing how to pose on set, leaving clients happy with your work and wanting to re-book.

You will build your modelling portfolio with professional edited photos from top industry photographers. 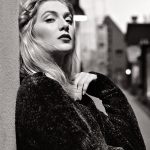 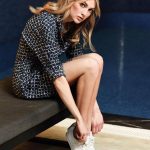 You be exposed to top international industry experts. 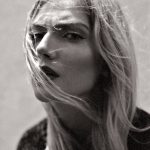 You will gain an understanding of the business behind modelling and how to navigate your career. 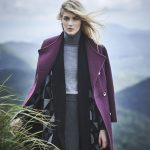 You will better understand what you need to develop yourself as a model with a team to mentor and guide you along the way.

What people are saying

About 4 months ago I signed with The People Management, and to say my life has changed for the better would be an understatement. Within the first month of signing with them I had my first contract to Istanbul, Turkey. When I found out I looked to my mom and started to cry because it had been something I’ve wanted for so long. Not to mention a second contract to Milan after Istanbul. I feel so lucky to have an agency who has been able to give me this opportunity.

BilleeModel
Being managed by The People Management introduced me to the world of international modelling and above all—gave me the framework of confidence that has been so crucial to every aspect of my life. This backgrounds has proven to also be a tool in my journalism career by showing me how to carry myself.

MoniqueModel
I definitely didn’t expect myself to be involved, or have much interest in modelling, but through the people agency I have been able to branch out and discover a new interest of mine, and it’s been really fun!

KyaModel
My experience with The People Model Mgmt so far has been nothing short of amazing. I find that the close knit relationships between the models and the agent is what makes it so successful. I am so thankful for the amount of effort Taylor puts into each model to ensure our success while respecting our personal boundaries and comfort zones. I consider this agency my family and I wouldn’t want it any other way.

All Attendees must first fill out & submit an application 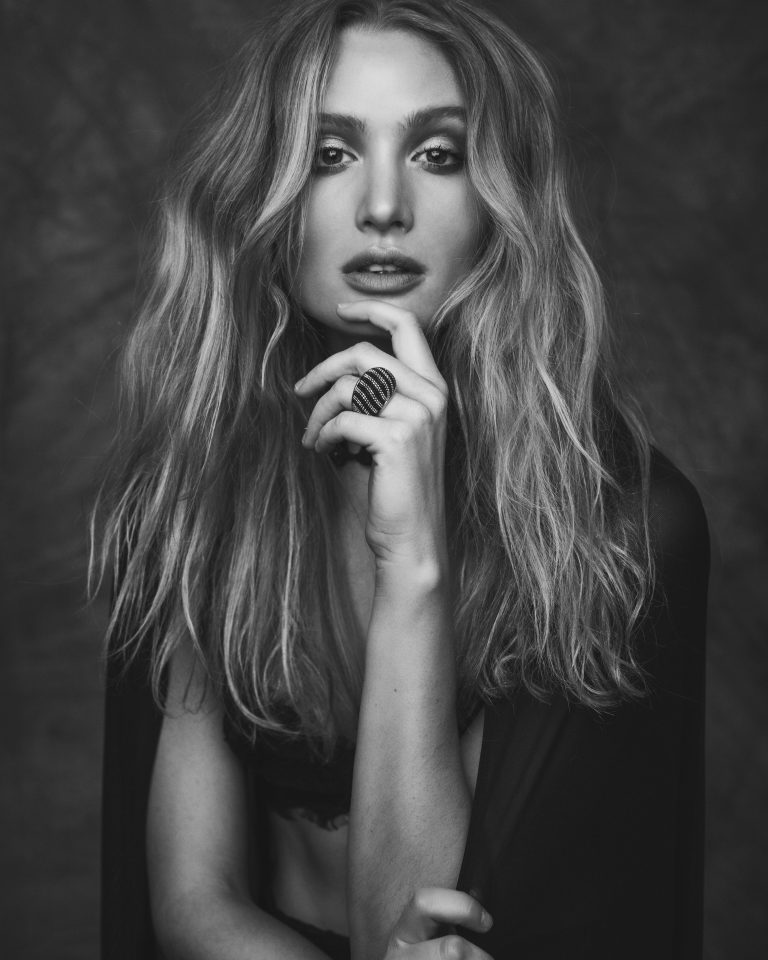 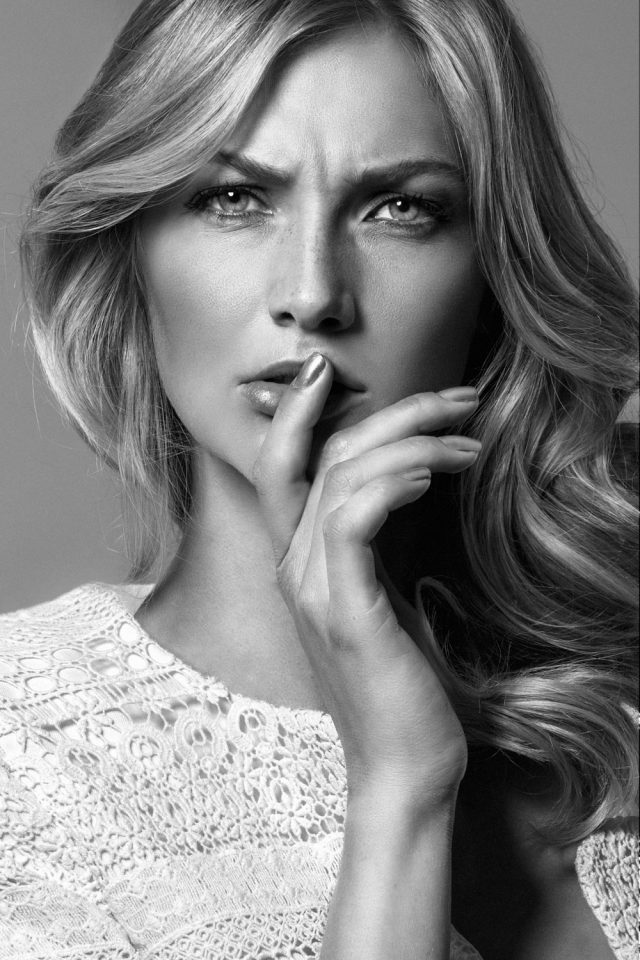 Model Camp Attendees will be selected from the applicants based on a number of criteria.

Attendees can and will be of all shapes, sizes, ethnicities & backgrounds. The vetting process is to ensure a positive experience for all involved.

If selected and invited to attend the Model Camp, you will be contacted & provided with additional documents that are to be completed prior to securing your place at the Model Camp.

Payment arrangements, will also be provided. 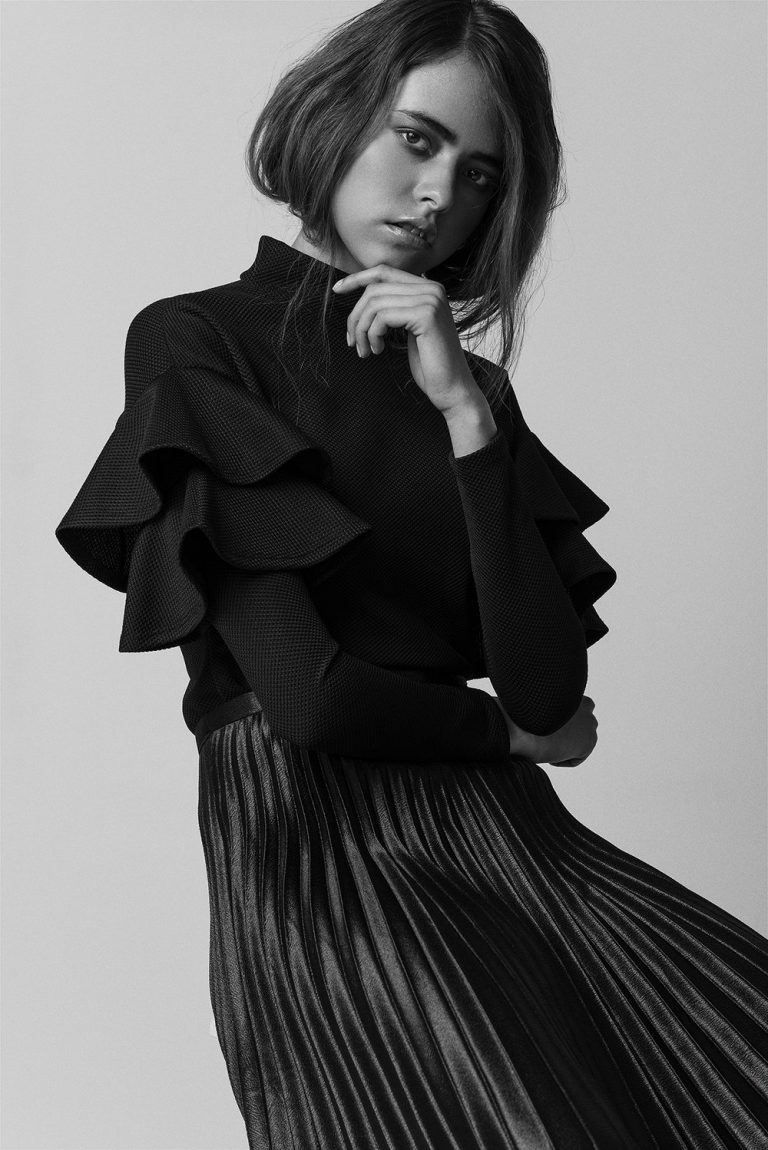 Who is 'The People Management'?

The People Management is an International Model Management & Placement Agency based in Calgary Alberta.

The People Management was founded by Taylor MacDonald. Taylor was an international model for 10 years, lived and worked in 8 countries and shot for major campaigns, magazines and top brands around the world.

Taylor is all about helping build a stronger, more connected industry where everyone works together.

How are attendees selected?

After a careful review of all applicants, the selected participants will be hand selected by The People Management Director, Taylor MacDonald. Taylor’s decision will be based on who she feels will be impacted most by participating in this event, to further their life & career, while allowing all participants the enjoy a positive experience.

What If I am a Signed Model?

That is wonderful that you are in the hands of a professional agent – that is the start to any successful career. We are here to help build this industry with top professional models and we accept signed models. We will provide your agency with an agreement, that will state you are under their management. Our main objective is to be inclusive and continue to grow our industry as a whole.

What If I Am Not A Model?

You’re making the right step towards learning more about this industry. We encourage applicants who are serious about modelling to pursue this camp as there will be invaluable information which will give you the full scope of the industry, allowing you to know if you want to continue to pursue modelling.  If there is anything you will take from this camp, it will be self-confidence. We are firm believers in bringing out your inner beauty and confidence. Take what you’ve learned from this camp into your daily life.

What if I cannot pay the registration fee at once?

Don’t worry, we are here to help you with our payment plan options. We understand this is an investment into your career and want to help find the best way to make this happen for you.

What if I don't live in Calgary?

Welcome! We are here to help you find accommodations close to the model camp location. We welcome campers from all over the world with open arms. Did we mention it is also the Calgary Stampede during this time? The perfect time to visit the city!

I'm not signed with an agency, Will I leave with a model contract?

No, you will not, however; you will leave with a list of top agencies and contact names in your city. We will guide you with the right way to apply to agents, and better yet, new images to propose to these agents.

I'm really nervous to do the fashion show, do I have to?

Absolutely not, thought we will help encourage you to get there during the days prior to the show. Otherwise, we will find another way you can be involved that will still shed some light on fashion shows.

I've been modelling for years already, would this camp be beneficial?

Absolutely! Models can continue to develop everyday. You can never stop perfecting your game, as this industry is constantly and quickly changing.

I'm a brand new model, would this camp work for me?

Yes! Model development is the very first step in starting your modelling career. You will gain in-depth model development after these four days that you will leave very confident with your career.

Scroll back to top